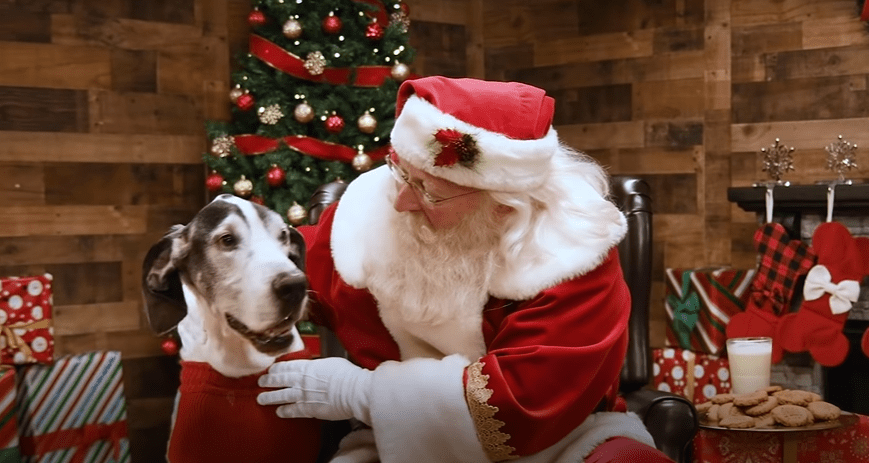 Some dogs do not get adopted immediately because of their age, physical attributes, or their size. One dog, a Great Dane, with the Reversed Rescue could not get adopted out because no one wants him as he is huge.

Alex writes in the comments:

Goliath is a gentle giant, he deserves all the treats and pets and toys.

According to Tye Friis, the founder of Reversed Rescue, the former owners of the dog backed up at the front gate of the shelter and just left the poor dog there. The dog was nine years when this happened and the shelter determined he was neglected by its former owners because he was severely emaciated.

The dog, named Goliath, was later determined as the world’s tallest dog and got a lot of love and attention from the people at the shelter. They even took Goliath to a store where the humans would buy him whatever he touched just so Goliath would feel loved and cared for.

Goliath, however, did not know about a bigger surprise that they planned for him – he was getting adopted! In the video, a man dressed as Santa Claus talked to Goliath and told him that he would get a wonderful surprise. That surprise is actually Friis, the founder of Reversed Rescue, as he is the one adopting Goliath.

Friis said he could not let Goliath go and that they were very attached to each other so it made perfect sense to adopt the dog.

This man is so selfless and I wish more people would do the same for adoptable dogs. If you loved this video, share it on Facebook and Twitter!

A dog owner took his dog paragliding for the first time. He said he thought … END_OF_DOCUMENT_TOKEN_TO_BE_REPLACED

A dog loves her human mom so much that she copies everything she does. From … END_OF_DOCUMENT_TOKEN_TO_BE_REPLACED

It’s really heartbreaking to see dogs that do not have homes. One man found … END_OF_DOCUMENT_TOKEN_TO_BE_REPLACED

Obese Dog had a problem. If you cannot find the motivation to lose weight, … END_OF_DOCUMENT_TOKEN_TO_BE_REPLACED

A dog named Robby was adopted in 2012. He has been always socially awkward … END_OF_DOCUMENT_TOKEN_TO_BE_REPLACED