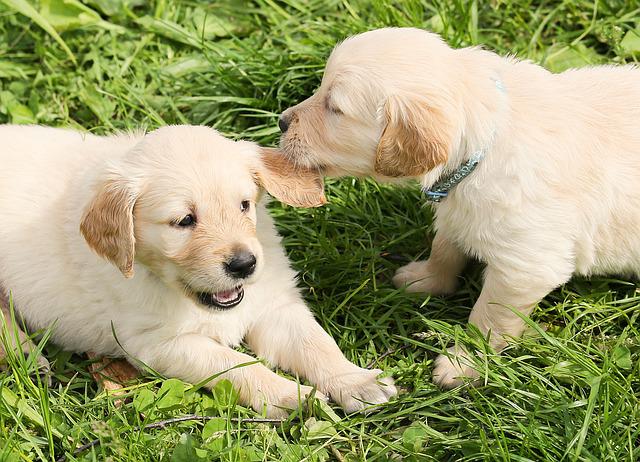 A man found two abandoned puppies on their porch. One of the dogs ran away after seeing the people trying to rescue them. The other pup, however, stayed because it was blind. The family took the blind dog in and you will be surprised to know what happened to the other pup.

Rosenia writes in the comments:

I was really happy that the sibling was back because she can help guide her blind sibling, what a story about the dogs and amazing parents 🥰

The people who rescued the blind pup was unsure at first on how they will handle the animal. However, they were determined to do what they can for her.

The blind pup, named Lilly, started to come out of her shell two to three weeks into being with its new family. The dog tried to explore her new home, but was still a bit cautious.

Seventeen days after the dogs were found in the porch, the rescuers got a message from their neighbor saying that there was a dog in their barn. Lo and behold, when they went to the barn, it was the sibling of the blind pup.

They then took the sibling, named Mira, home with them and the two pups were so happy that they were reunited. Lilly and Mira are very close to each other and always want to be together.

The rescuers are really into rescuing dogs and although they provided a home for Mira and Lilly for now, they are looking into finding their fur-ever home soon!

How to start a Dog Daycare Business? If you own a dog, you should consider … END_OF_DOCUMENT_TOKEN_TO_BE_REPLACED

How to buy the right dog food for your dog. Dogs are man’s best friend but … END_OF_DOCUMENT_TOKEN_TO_BE_REPLACED

A man had a strong negative emotion towards small doggies. He says that he … END_OF_DOCUMENT_TOKEN_TO_BE_REPLACED

A bulldog was found somewhere in Kentucky as a stray. The dog was starving … END_OF_DOCUMENT_TOKEN_TO_BE_REPLACED

Are you a dog lover? Are your family members, like your parents and … END_OF_DOCUMENT_TOKEN_TO_BE_REPLACED