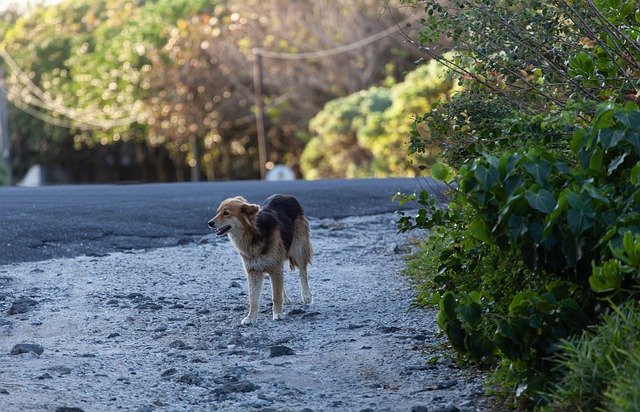 Abandoned Dog Gets A Makeover . A dog named Rupert is 11 years old and lived a neglected life. The dog was later abandoned by its former owner. Fortunately, the dog was rescued by Blue Cross Shelter.

His story broke a lot of hearts as they thought about what it went through. The only strength left in the dog is its will to live. With the love and care of the staff at Blue Cross, the dog started to improve. The dog showed its true colors and personality that surprised everyone at the shelter.

Diana writes in the comments:

Its unreal how trusting so many of these dogs are after being so badly treated.

After spending some time at Blue Cross and its foster home, the dog was adopted by a couple named David and Doreen. They are an elderly couple and wanted to adopt a senior dog, to which Rupert fit the bill. They promised to love the dog and keep it happy for the rest of its life.

The couple shared of their reason in adopting Rupert, “For an older couple like us, it means we’re not committing ourselves to 15 years or more, and the fact that people don’t want older dogs and they just sit in kennels with nobody to love them is just horrific.”

Obese Dog had a problem. If you cannot find the motivation to lose weight, … END_OF_DOCUMENT_TOKEN_TO_BE_REPLACED

When Does a Dog Stop Growing? A veterinarian will be able to estimate how … END_OF_DOCUMENT_TOKEN_TO_BE_REPLACED

Tips for keeping your dog warm in the winter easy. We all know that winters … END_OF_DOCUMENT_TOKEN_TO_BE_REPLACED

Are dog and cat fleas the same? The life cycle of a flea includes three … END_OF_DOCUMENT_TOKEN_TO_BE_REPLACED

Puppy With Hiccups. Hiccups in a puppy are a common problem. If you've ever … END_OF_DOCUMENT_TOKEN_TO_BE_REPLACED