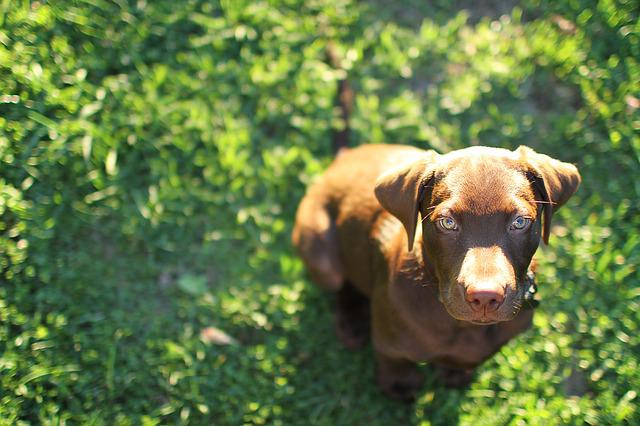 A dog was abandoned and he developed severe mange. A girl actually found the dog running across the middle of the road. The girl woke her mom up and told her about the poor doggie that needed help. The dog was taken to the vet to get it assessed as she was in a pretty bad shape when found.

Jesse writes in the comments:

It was a heart breaker to see such a sweet puppy like Taylor suffer from that awful mange and fear combined. 😢 She deserved to be part of that wonderful family. 😌

The dog’s spine was showing and she hardly had any fur. The dog pushed through it and thanks to the timely intervention of the family, the dog had a second shot at life.

The dog, Taylor, got cared for by its rescuer. She started eating and drinking and got some special bath to help with the mange.

For the first days she spent at her new home, Taylor was very quiet and just laid down a lot. As days passed, the dog’s personality started to change. She became more active and was very playful.

The rescuer knew from then on that they were going to keep Taylor. The dog has healed naturally and it has been a crazy journey. But the rescuer said that she loves how it created a special bond between them.

The dog is chocolate in color and has these beautiful spots all over her. Taylor is doing so well with the dogs and the kids in the family!

Abandoned Pup With Mange Turns Into A Beautiful Doggie!

Travelling with a dog, easy or stressful? Getting the right infos before … END_OF_DOCUMENT_TOKEN_TO_BE_REPLACED

Putting dogs down is a very difficult thing to do. However, some shelters, … END_OF_DOCUMENT_TOKEN_TO_BE_REPLACED

Discover 15 of the cutest dog breeds. Are you a person who loves dogs and … END_OF_DOCUMENT_TOKEN_TO_BE_REPLACED

A pit bull always freaks out whenever he sees his siblings. The video … END_OF_DOCUMENT_TOKEN_TO_BE_REPLACED

Are Golden Retrievers hypoallergenic? This question is frequently asked by … END_OF_DOCUMENT_TOKEN_TO_BE_REPLACED

Do you know the best Dogs fo allergy sufferers? Is your Dog one of them? If … END_OF_DOCUMENT_TOKEN_TO_BE_REPLACED