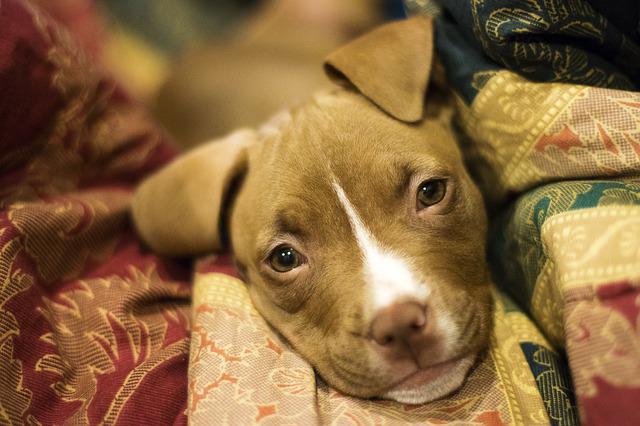 A pitbull was found as a stray in one of the main roads in Raleigh. A woman found the dog and scooped her up, no questions asked. The dog was so shy and timid that it did a lot of crawling in the ground. Thankfully, the dog blossomed into a beautiful animal all thanks to her foster brother.

Ricky writes in the comments:

Poor baby. She deserves the best of care, love and respect for life. Thanks for taking care of her. Blessings 🙌

When the dog was taken home by the rescuer, the dog didn’t want to make eye contact but she was also curious at the same time. She wanted to explore her new surroundings, but she was still untrusting.

Foster Brother Is The Best

Every time the rescuer takes home a foster dog, she doesn’t immediately let it interact with her own dog, Riot. However, when the pitbull came to their home, Riot and the foster pitbull hit it off really well. They wagged their tails during introduction while there was a barrier and the fosterer knew everything was going to be okay between the two in time.

After a couple of days, the two dogs would start coexisting. Few weeks more, the pitbull started to be more affectionate towards her foster and even asked for belly rubs. As for Riot and the pitbull, they started to develop a beautiful bond. They played a lot and Riot helped the pitbull understand that people weren’t scary, they could play, and they could just be happy because they are surrounded by people who want to take care of them.

The pitbull was later given the name Roo because she loves to jump and hop around like a kangaroo. This shows how much Roo has changed from when she first came in as a foster pup.

Now, Roo is with her fur-ever home. The new family loves Roo and she loves them, too! 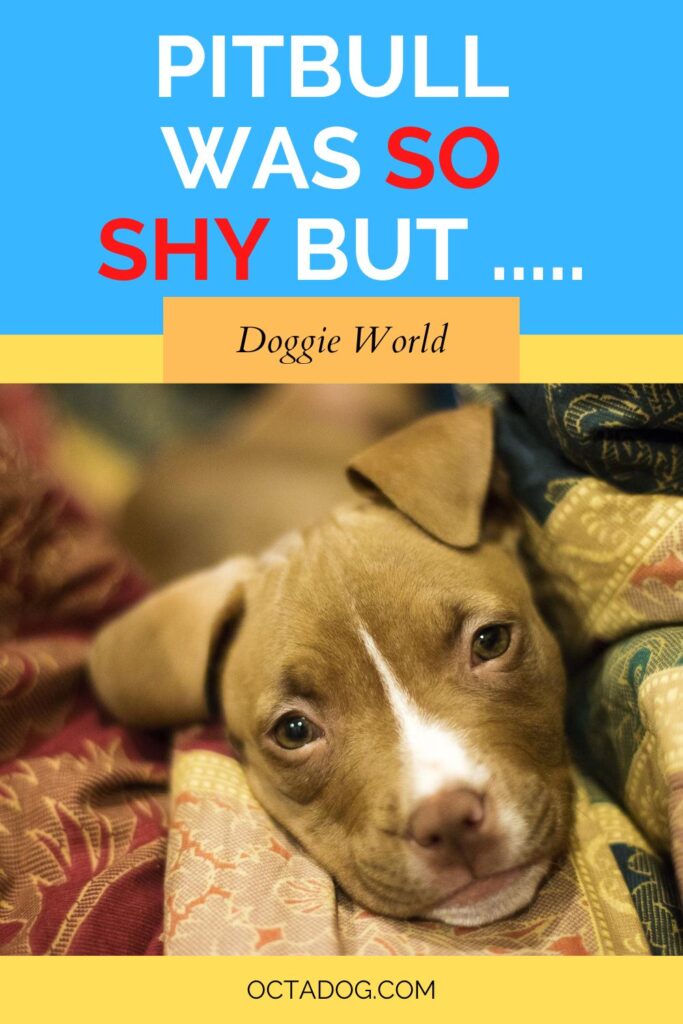 Pitbull Was So Shy But

How to fix dog eye discharge? Have you ever seen any eye problem in your … END_OF_DOCUMENT_TOKEN_TO_BE_REPLACED

This video shows the dog and horse compatibility at its best. It is unusual … END_OF_DOCUMENT_TOKEN_TO_BE_REPLACED

A pregnant pit bull was rescued in Mexico. She was skittish at first, but … END_OF_DOCUMENT_TOKEN_TO_BE_REPLACED

A boy was sad about their dog that got lost. He didn’t have any idea that … END_OF_DOCUMENT_TOKEN_TO_BE_REPLACED