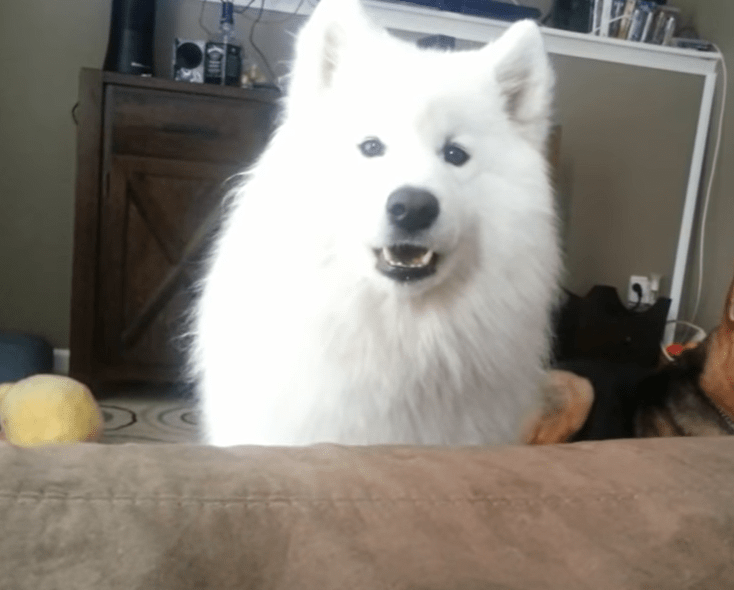 The dog owner, Alan Spencer, from the United Kingdom, shared that he was choking on a vegetable that he was eating. He was choking for three minutes already and was out of breath. He became anxious and thought he would definitely die because the vegetable blocked his airways.

Mike writes in the comments:

This is one of those, “The internet is beautiful” moments.

How can dog sense danger?

Surprisingly, his dog Lexi jumped and landed on the middle of his back. The piece of onion was removed and thrown out from Spencer’s mouth because of the modified Heimlich maneuver that Lexi executed. The dog saved Spencer’s life as he was able to breathe again. If it was not for Lexi, Spencer acknowledges that he would not be alive anymore.

Dogs are not just great friends, but also life savers. What else could you wish for life if you have such a dog by your side?

How well do dogs smell?

This is why dogs are often used in situations where a particularly good sense of smell is required. Be it in the search for missing persons and buried persons or in the detection of drugs and explosives, dogs master all these challenges with ease.

Dogs can even determine the direction from which a particular smell is coming – similar to what we know from hearing.

Full understanding of dogs’ thoughts and feelings is something that … END_OF_DOCUMENT_TOKEN_TO_BE_REPLACED

Can a dog help to understand friendship? Dogs really have amazing ways to … END_OF_DOCUMENT_TOKEN_TO_BE_REPLACED

A woman rescued a dog named Rusty. However, the dog doesn’t love her as … END_OF_DOCUMENT_TOKEN_TO_BE_REPLACED

A momma dog wanted to save her puppies. They were living outside and the … END_OF_DOCUMENT_TOKEN_TO_BE_REPLACED

The dog Poppie suffers from Cerebellar Hypoplasia, a condition that affects … END_OF_DOCUMENT_TOKEN_TO_BE_REPLACED