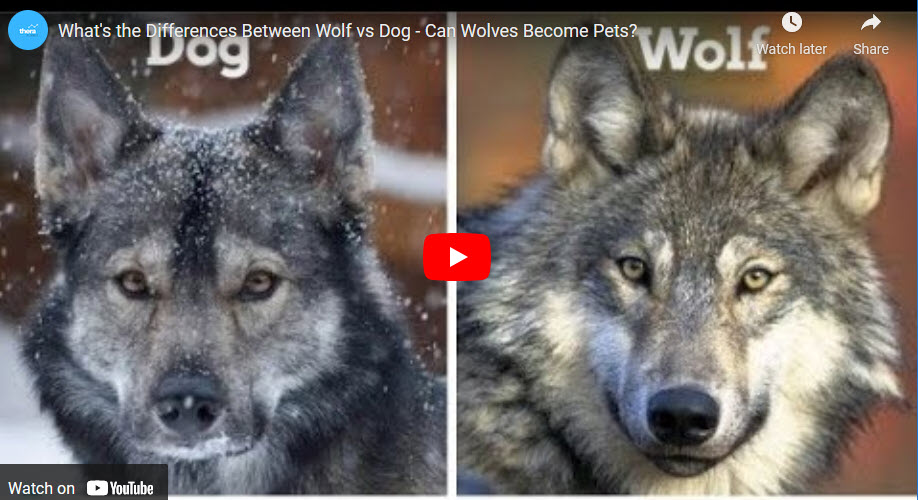 Summary:
– You’ve probably noticed the uncanny resemblance of dogs and wolves.
– You’re not imagining things, dogs and wolves really have more things in common than we think.
– Here’s a historical review of how dogs are really linked with wolves.

When you look at your own dog, just examine their stature and body build, together with their fur and especially those paws! You can really see the amazing resemblance.

Their characteristics are also very linked, not to mention their loyalty and bravery. Thus, professionals may just be right when they claim that dogs are wolves’ descendants.

Relationship of Wolf and Dog

Today’s dog is a domesticated species in the biological family of dogs (Canidae) and is usually considered a domesticated subspecies of the wolf (Canis lupus familiaris).

The statement “the dog descends from the wolf” is often misunderstood and interpreted in such a way, as if our today’s dog developed by domestication from the today’s wolf.

Genetic studies suggest that the modern wolf and the ancestors of today’s dog could have emerged from a common wolfish ancestor about 30,000 years ago, which is now extinct.

Although wolves and doge contain similarities in some aspects, encountered more variations between the two. Wolf is basically categorized only as wild animal compared to the dog that is known pet house, for the reason that dog has been domesticated, so they would not act like wolf.

Wolves, which are wild animals, are not suitable to live with humans or have a close relationship like dogs. Unlike wolves, dogs have proven to be good companion and good pet.

A woman rescued a dog named Rusty. However, the dog doesn’t love her as … END_OF_DOCUMENT_TOKEN_TO_BE_REPLACED

A dog was dumped on the freeway and it was believed that the doggie, Maple, … END_OF_DOCUMENT_TOKEN_TO_BE_REPLACED

You may ask on yourself, is vegan dogfood actually healthy for my Dog. … END_OF_DOCUMENT_TOKEN_TO_BE_REPLACED

6 easy ideas to naming puppy. You've picked out the perfect puppy. You … END_OF_DOCUMENT_TOKEN_TO_BE_REPLACED