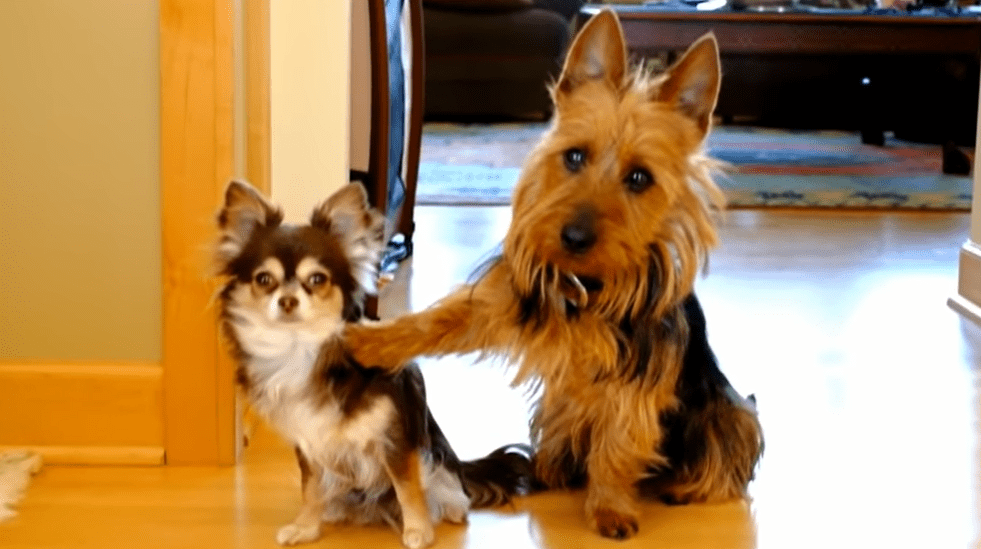 Two dogs were confronted with one question by their human: who pooped on the kitchen floor? After their owner asked them, one of the dogs did not hesitate to tell on its fur sibling. The video has over 10,462,553 views!!

In the video uploaded by the owner, the bigger dog tapped the smaller pup named Sunny and the look on Sunny’s face says it all! The dog was so guilty it could not deny the truth.

Paul writes in the comments:

I don’t care whether his was staged or not, because it’s just too perfect! #LMAO

Why Do Dogs Circle Around Before Pooping?

The main reason is that they are inspecting their environment before doing their business. After one or two circles and they deem it completely safe and comfortable to poop, the dog continues to do so. It is worth noting, however, that although most doggies circle around before pooping, not everyone does.

Why Does It Take Long For Dogs To Find A Spot To Poop In?

One of the most common reasons why dogs do this is because they are marking their territory. Dogs communicate with each other through their body waste. For example, if they pee or poop in a spot, it is how they present their territory to the other dogs in the area.

What to do when a dog does destructive chewing when home alone? The most … END_OF_DOCUMENT_TOKEN_TO_BE_REPLACED

Dog and Christmas is a special time. A cute dog looked like he had his own … END_OF_DOCUMENT_TOKEN_TO_BE_REPLACED

Puppy With Hiccups. Hiccups in a puppy are a common problem. If you've ever … END_OF_DOCUMENT_TOKEN_TO_BE_REPLACED

Seven puppies were found inside a box. They were abandoned outside an … END_OF_DOCUMENT_TOKEN_TO_BE_REPLACED