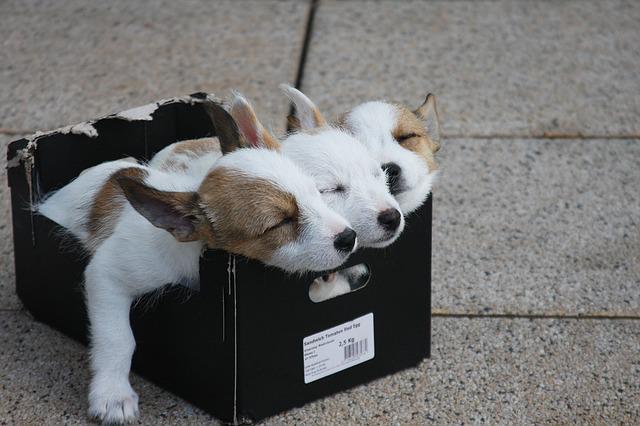 Jonny writes in the comments:

How horrible to take these pups away from their mother before they were ready. Many thanks to the rescuers and fosters who brought them into adoptable condition ✌️

In the beginning of the video, the rescuer checked the dogs one by one. It was his way of making sure none of them were injured or hurt.

What Happened To The Pups

When the rescuer was sure none of them were hurt, he brought them to a foster home so they can be taken care of properly and be prepared to be adopted out.

The puppies were bottle fed and they enjoyed the milk a lot. They had to be fed every three hours to make sure they get the nutrients they need so they can grow strong and healthy!

After a few days of being taken care of, they showed off their true characters and their spunky sides. They were a very playful bunch.

Later, they were all adopted out quickly. Their new families all love them so much!

Do you ask yourself, how to train the dogs? Are you looking for a perfect … END_OF_DOCUMENT_TOKEN_TO_BE_REPLACED

A tiny dog was found by rescuers from Takis Shelter. The dog was at a … END_OF_DOCUMENT_TOKEN_TO_BE_REPLACED

Building trust isn't something with just humans. It's also with dogs too. … END_OF_DOCUMENT_TOKEN_TO_BE_REPLACED