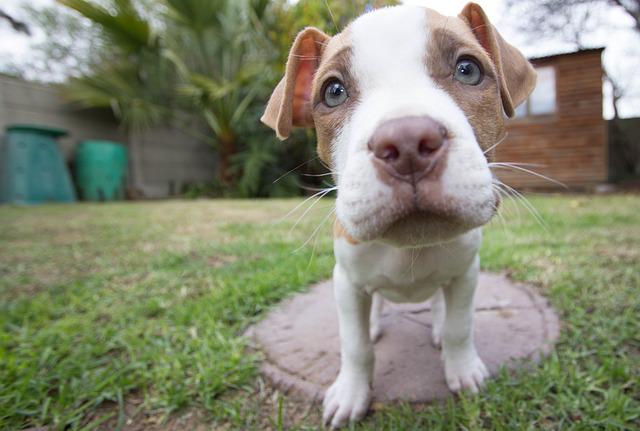 Debby writes in the comments:

Oh my gosh, I love those ears, Uly is really beautiful.
It is a different relationship, but it is a good one. Love all three of them. 🥰😄💚💙💜

The dog also loves playing with the stuffed toys that look like mice. The dog has been around the cats ever since he became part of the family that’s why he started picking up all the cats’ quirks.

How Are The Cats’ Relationship With The Dog

The dog is named Uly and one of the cats is Oscar. Oscar believes that Uly should just be quiet and mind his own business. The other cat, though, named Earnest, is a bit more playful, outgoing, and rambunctious.

Earnest and Uly have a better relationship. This is especially because Uly is clumsy and loud and that intrigues Earnest. Earnest is the one who initiates playing with Uly and they also snuggle a lot together. They also love creating chaos together.

Did you love their friendship? Share in the comments if you did! 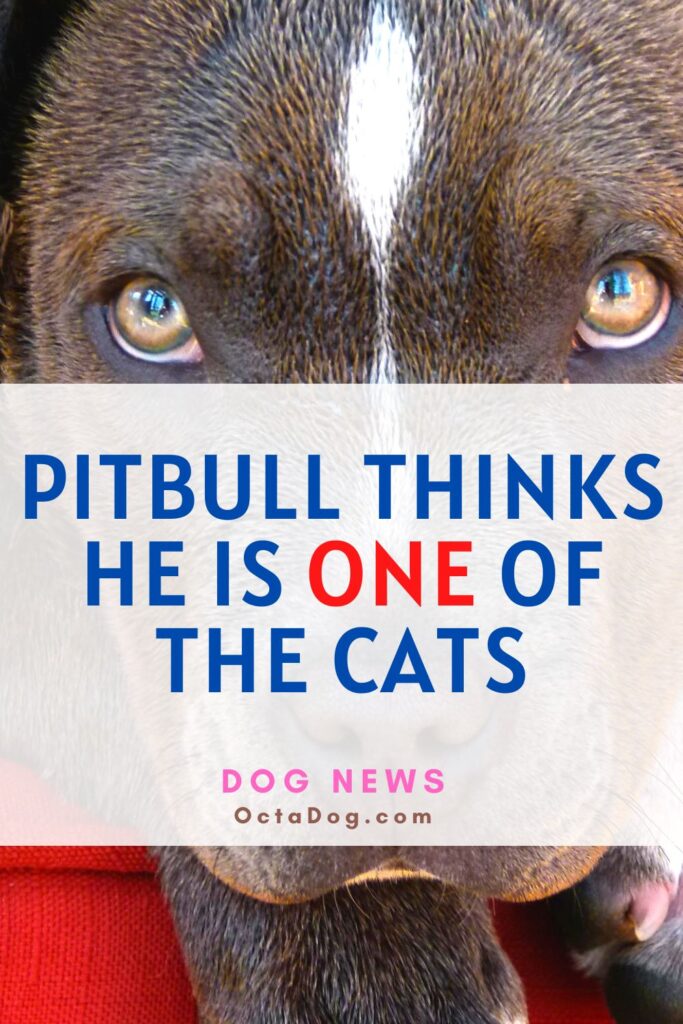 Pitbull Thinks He Is One Of The Cats

Dog versus wolf. Are dogs really descendants of wolves? Find out now! … END_OF_DOCUMENT_TOKEN_TO_BE_REPLACED

How to stop a dog from digging holes in the yard? Many people have a dog … END_OF_DOCUMENT_TOKEN_TO_BE_REPLACED

Have you ever heard about dog daycare? If you have a dog or any other … END_OF_DOCUMENT_TOKEN_TO_BE_REPLACED