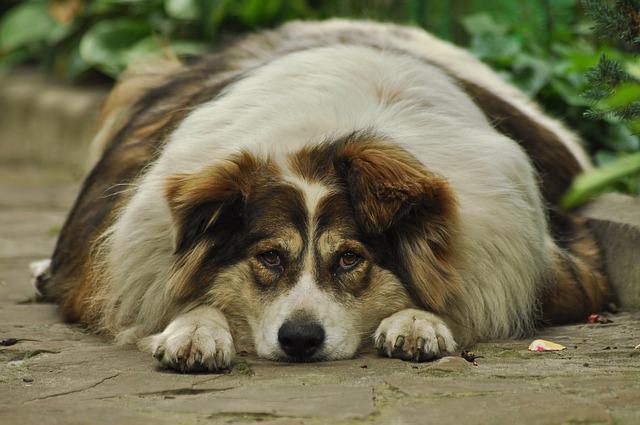 Dogs can be very cute when they put on some weight. However, just like with humans, it is not healthy to be overweight. A man helped a dog lose half her body weight. She can now do so many things that she cannot when she was heavier.

Iris writes in the comments:

All I can think when I watch stories like this on here is, I’m so glad these two found their way into each other’s lives. They were exactly what each other needed ❤️ that’s a blessing

The dog was 59 pounds and moves really slowly. Whenever they would walk for 200 or 300 yards, she would give up and stop moving. The dog owner actually rescued the dog, named Squishy, and was determined to get her in tip top shape.

How Did The Dog Lose Her Weight

Squishy was on different medications for her joints because she was overweight. In the beginning, when Squishy would feel tired and just stop walking, the dog owner would pick her up and just go home.

Eventually, they established a routine. Squishy would be woken up at 3 A.M. and they would go for a walk and a run. They did it five times a week. They then started increasing the number of loops so the dog owner would no longer carry her home.

They would also start the exercise routine with a couple of stretching as she has been so sedentary for so long. They also incorporated some stairs in the routine and she just kept getting better at it.
The changes in Squishy were apparent. Not only did she start losing weight, she was happier and livelier. The dog exercises for three years and now Squishy is at 30 pounds.

Squishy is unrecognizable now. She has gotten better socializing with other dogs, loves to play, and still inspires his owner.

What is a puppy mills? The numbers will make any pet lover blanch with … END_OF_DOCUMENT_TOKEN_TO_BE_REPLACED

Dog versus lion video. In reality, they can't win against a lion and cannot … END_OF_DOCUMENT_TOKEN_TO_BE_REPLACED

Police dogs are known to be tough because of their work. A police officer … END_OF_DOCUMENT_TOKEN_TO_BE_REPLACED

A dog named Robby was adopted in 2012. He has been always socially awkward … END_OF_DOCUMENT_TOKEN_TO_BE_REPLACED