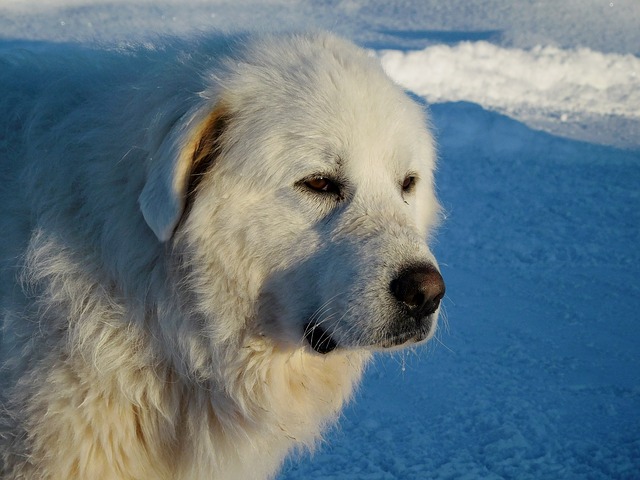 A dog named Bo was abandoned in a dog house. He looked really dirty, unwell, and neglected. Thanks to a woman who stepped up, the dog is now living his best life. According to the new owner, the previous owners of Bo left him for dead. Bo was even attacked by coyotes but his previous owners never took him to the vet for him to get the necessary medical treatment.

Elizabeth writes in the comments:

He had mange all over him and wanted to be loved so badly so he was not initially trusting towards the people who rescued him. It was very difficult to keep him calm when the rescuers put a lead around his neck to try to contain him. The dog even went under the house making it difficult for the rescuers to get to him.

Eventually, they got the dog out and rescued him after 45 minutes of struggling. He was taken to the shelter called Pyr Paws and Fluffy Tails. He was assessed and he got better every day. However, he needed someone who could cater to his special needs.

The woman who adopted Bo knew she could help him because she has been rescuing dogs for many years. The woman worked with Bo for six months for him to realize that he was in a safe place and that this was his new home.
Bo is now a happy, healthy, and good boy. The dog owner said, “I just love him and I am very happy I got him.”

Doggie Abandoned In A Dog House

Many dogs could get themselves into trouble without their own fault. One … END_OF_DOCUMENT_TOKEN_TO_BE_REPLACED

Dog and Christmas is a special time. A cute dog looked like he had his own … END_OF_DOCUMENT_TOKEN_TO_BE_REPLACED

A dog wouldn’t let anyone come near her and was acting aggressively. A … END_OF_DOCUMENT_TOKEN_TO_BE_REPLACED

Whats the intelligent dog breeds ranking? Watch the video below and find … END_OF_DOCUMENT_TOKEN_TO_BE_REPLACED

A dog was found in the middle of the woods tied to a shrub. The dog was so … END_OF_DOCUMENT_TOKEN_TO_BE_REPLACED

How Dog drink water? The question of how dog drink water has long puzzled … END_OF_DOCUMENT_TOKEN_TO_BE_REPLACED