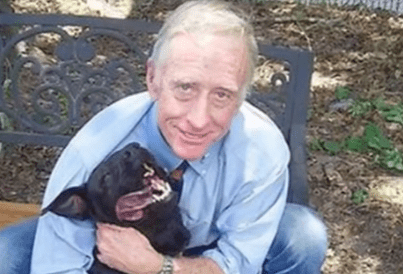 Putting dogs down is a very difficult thing to do. However, some shelters, who cannot afford to keep dogs longer than a specific time, have no choice but to euthanize some of them who are not adopted. Some are set to be euthanized because they did something that the courts believe the dog is a danger to others.

A dog named Padi was set to be euthanized because he bit a child. However, a miracle happened. Accordingly, Padi is owned by a veterinarian and a boy was at the clinic when the dog bit it in the ear. Because of that, Padi was taken away and a court order determined Padi must be euthanized.

Cheryl writes in the comments:

Save Padi !!!!!! Children can provoke an animal to bite. My own son, when he was 4 yrs old was not mean, but teased the dog then pulled his tail and the dog returned the favor by nipping him in the tush. Yes, he came crying to me, but I saw what happened and told my son he started the problem by pulling the dogs tail and the dog was just doing the same to him. Fair is fair.

Padi actually had a rough past. Before being owned by the veterinarian, the dog was tied to a tree and was neglected by its owner. The veterinarian, however, must have Padi microchipped and put a sign in his clinic’s door saying “Beware of Dog.”

What breed of dog is right for you? Dogs are the best pets that you can get … END_OF_DOCUMENT_TOKEN_TO_BE_REPLACED

Dogs are very cute, and they're even cuter if they're puppies. Pups are … END_OF_DOCUMENT_TOKEN_TO_BE_REPLACED

Can a dog help to understand friendship? Dogs really have amazing ways to … END_OF_DOCUMENT_TOKEN_TO_BE_REPLACED