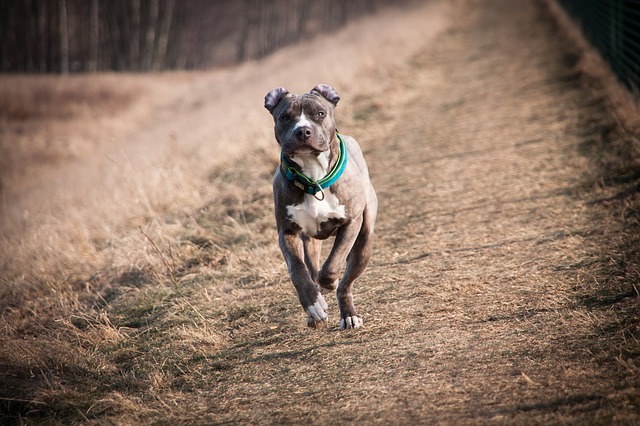 A dog was dumped on the freeway and it was believed that the doggie, Maple, was thrown away because she could not make them any money. It is further believed that Maple was a bait dog.

Claudette writes in the comments:

When Maple became available for adoption, the woman telling her story in the video said she had the feeling she had to apply for adopting Maple. During the time she passed her adoption application, she was grieving the loss of the first-ever pit bull she ever had.

The woman said that when Maple’s foster mom called her, she drove almost eight hours just to meet Maple. They immediately fell in love and she took Maple home.

Maple shares the home with two other doggies and they all get along very well. They run around a lot and go on adventures together.

Maple is described by her new owner as the sweetest and gentlest dog ever. She also loves life and does not hold back when it comes to living her best life. She loves hiking and when she is off her leash, she becomes the happiest and runs around a lot.

The dog owner adds, “If you’re not feeling well or you’re just feeling down, she gets drawn to that. And she showers people with love.” She also wears her emotions on her face whenever they are out on a walk. People have a negative impression about pit bulls and when kids wants to pet Maple and their
parents pull their kids away because they are scared simply because Maple is a pit bull, the doggie actually becomes sad.

The dog owner said that she is just thankful she was chosen to adopt Maple and that she is thankful for all the love and light the dog has brought to her world.

Dog Was Dumped On The Freeway – Who Would Do Such A Thing?

A three-legged dog was supposed to be euthanized. Thankfully, her new owner … END_OF_DOCUMENT_TOKEN_TO_BE_REPLACED

A sad puppy would not stop crying at a shelter. The dog just whimpers all … END_OF_DOCUMENT_TOKEN_TO_BE_REPLACED

A dog named Bo was abandoned in a dog house. He looked really dirty, … END_OF_DOCUMENT_TOKEN_TO_BE_REPLACED

Are Golden Retrievers hypoallergenic? This question is frequently asked by … END_OF_DOCUMENT_TOKEN_TO_BE_REPLACED

A couple was in Mexico and was enjoying a day at the beach. While there, a … END_OF_DOCUMENT_TOKEN_TO_BE_REPLACED