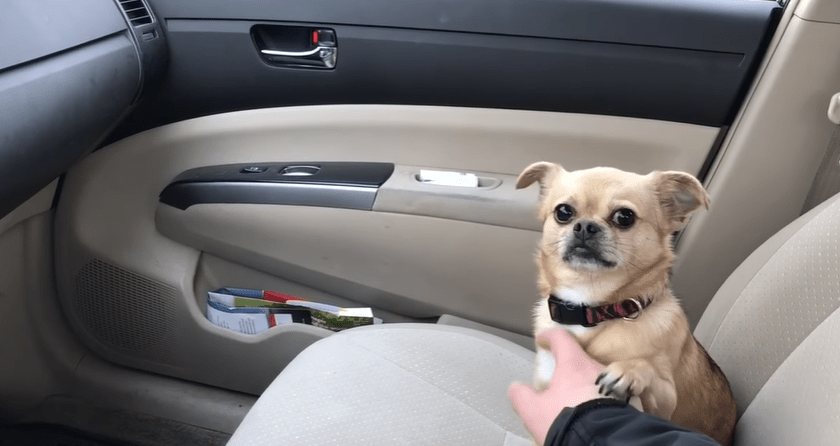 Not a lot of dogs love going to the veterinarian and this video will show you one particular dog who has a strategy to prevent her human from driving to the vet. It is so hilarious and adorable at the same time!

The dog, named Penny, could be seen in the passenger seat of the car asking the owner to scratch her chest. Whenever the human attempted to remove his hand and stop scratching her chest, the dog would motion for him to not stop.

Daphne writes in the comments:

Penny is adorable!! my dog is the same way, she loves her chest scratched too.

The human repeatedly told Penny they had to go “bye-bye” so they could already go to the vet. Penny never budged and up to the end of the video, the dog would not let him stop scratching her chest.

This video proves that dogs are very smart and are also thinking of ways to avoid the vet!
Share this hilarious video on Facebook and Twitter!

Easy Dog tricks for beginners. There are so many dog tricks out there that … END_OF_DOCUMENT_TOKEN_TO_BE_REPLACED

If you are a dog owner, you need to know that the adolescent years are a … END_OF_DOCUMENT_TOKEN_TO_BE_REPLACED

A malamute puppy was documented seeing his siblings for the first time. Do … END_OF_DOCUMENT_TOKEN_TO_BE_REPLACED

How to clean dog vomit from furniture and carpet? I bet you don’t know how … END_OF_DOCUMENT_TOKEN_TO_BE_REPLACED

A couple has joined a lot of foster programs and just recently, they got a … END_OF_DOCUMENT_TOKEN_TO_BE_REPLACED