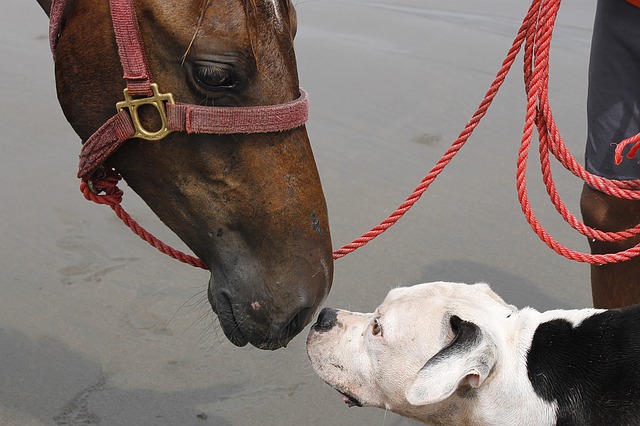 A dog has been best friends with one of the horses in their home since he was a puppy. Now, the dog always climbs on top of his favorite horse. The doggie also refuses to get down. It is indeed a funny friendship that these two animals have!

Loves how he crosses his paws for…NO! Both the horse and dog sure have a special relationship!!! 🥰🥰

You know that the dog enjoys riding the horse because whenever the dog owner asks the dog to go down, he would cross his paws. It is a sign that he doesn’t want to get off of the horse named Teddy.

How The Friendship Started

Every day, the dog owner would ask the dog, Robin, if he wants to see the horse. Robing would then immediately bolt out and run towards where Teddy is. The dog owner added that she has never seen a dog so willing, excited, and happy to ride a horse. Robins is always panting and always wags his tail signifying that he is happy with Teddy. The two have been friends for three years now.

The horse also plays with Robin. In fact their favorite thing to do is a game of chase. Robin tries to be in the lead most of the time and when Teddy starts gunning for him, Robin would run even faster. The dog owner said they are so funny to watch together.

Robin and Teddy are so close that they even work together to steal some carrots for Teddy.

It is such a funny thing to watch and also adorable at the same time. Do you think so, too? Share with your friends and family to brighten their day up! 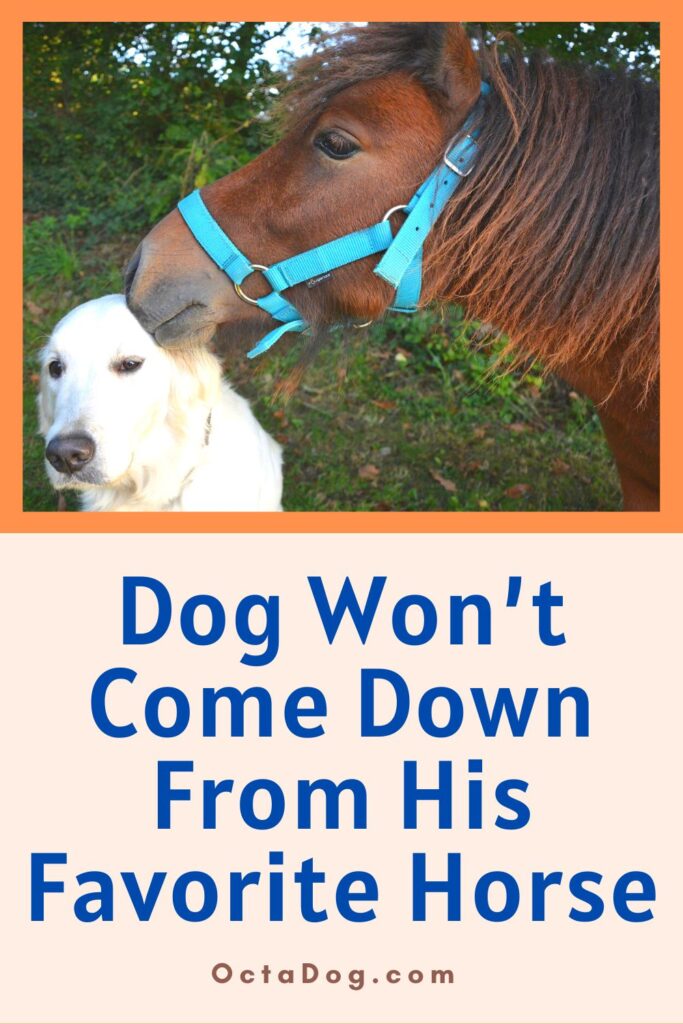 Dog Won’t Come Down From His Favorite Horse

A big black rescue dog is always stalking his owner. It seems that this is … END_OF_DOCUMENT_TOKEN_TO_BE_REPLACED

Dog or cat which is better? Dogs and cats are our favorite roommates. But … END_OF_DOCUMENT_TOKEN_TO_BE_REPLACED

Dog Types, whats the difference? If you're planning on owning a dog, there … END_OF_DOCUMENT_TOKEN_TO_BE_REPLACED

Adopting a Pit Bull and five questions to ask. Do you want to adopt a dog? … END_OF_DOCUMENT_TOKEN_TO_BE_REPLACED

Have you ever heard about dog daycare? If you have a dog or any other … END_OF_DOCUMENT_TOKEN_TO_BE_REPLACED

A shelter pitbull was taken home by his new owners. The dog initially went … END_OF_DOCUMENT_TOKEN_TO_BE_REPLACED