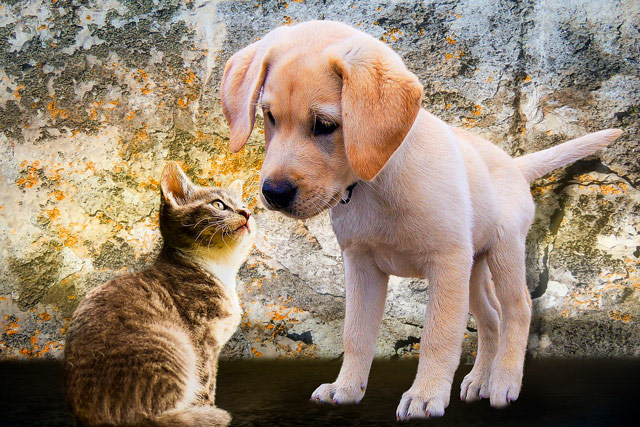 Dog and Kitten, how do the go together? A service dog named Samson was very awkward and did not want to play or interact with other dogs. Everything changed when the doggie met his kitten sibling.

Jenifer writes in the comments:

Service dogs are trained to NOT interact with other dogs while they are working. The cat was something he could engage with and not break the rules.

Samson is also awkward towards other people. Whenever he is at the dog park, you will immediately notice he is the odd one out.

Samson was trained as a medical response service dog and the trainer feels that Samson takes his role very seriously. Whenever he gets some time off to play, he has a difficult time understanding the concept of how to be a normal dog and not a service dog.

The trainer decided to bring a kitten home after Samson met a cat while they were traveling. The dog saw a kitten through a window and he wanted to play with it immediately.

So when they got home, they adopted a kitten named Cleo. When they brought Cleo home and Samson instantaneously interacted with her. Samson couldn’t control himself and just wanted to play with Cleo as it was clear he was excited to have her at home.

The two animals were inseparable and in one of their hikes, Cleo was so tired that they decided to let her stay on the back of Samson as they walked. Samson did not seem to mind and Cleo was comfortable the entire time.

The two are very different animals but they love and trust each other. It shows that friendship doesn’t have boundaries at all!

Dogs and Kittens Are Not the Same!

People who own pets think that they are the most adorable creatures in the world but there are certain things that can make a person confused. These two animals are considered as the best friends but they are not the same, here is a list of differences between dogs and kittens.

Dogs are considered as the best pet animal but if we talk about their social differences then we can say that they are not the same.

How to keep a dog and a kitten at the same place?

It is not possible to keep a dog and a kitten together because they are too different from each other. But if you have both these animals then it is not a big problem to keep them at the same place. You can buy a suitable kennel for your pets.

How to keep a dog and a cat together?

There is no harm in keeping two different animals together because they will live happily with each other. They don’t like fighting with each other so they will be the best friends of your entire life.

When they are at the same place, they will play with each other. If they are not playing, they will sleep on the same bed. There will be no difference between them because they love each other.

I hope that I have answered all your questions about dogs and kittens. So, if you have a dog and kitten then there is no problem to keep them together. 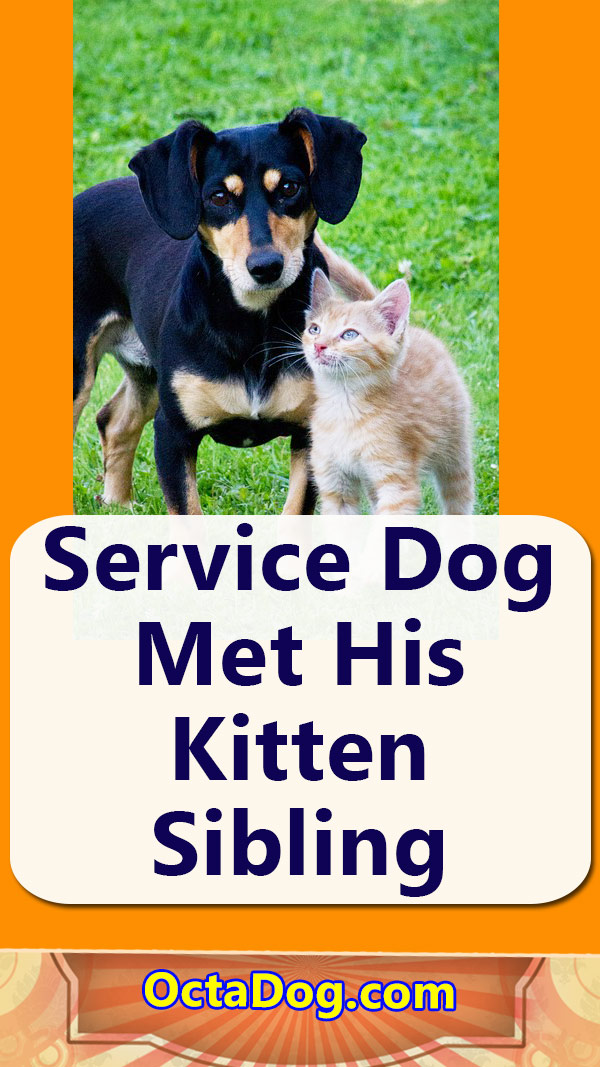 Teach A Dog To Sit. Teaching tricks to dogs can be tricky because sometimes … END_OF_DOCUMENT_TOKEN_TO_BE_REPLACED

Two dogs were confronted with one question by their human: who pooped on … END_OF_DOCUMENT_TOKEN_TO_BE_REPLACED

The training of police dogs is rigorous and costly, taking up to three … END_OF_DOCUMENT_TOKEN_TO_BE_REPLACED

Two puppies were abandoned somewhere in Serbia. They were left behind in a … END_OF_DOCUMENT_TOKEN_TO_BE_REPLACED

What is the reason why dog barking? Why do dogs bark? The most common … END_OF_DOCUMENT_TOKEN_TO_BE_REPLACED