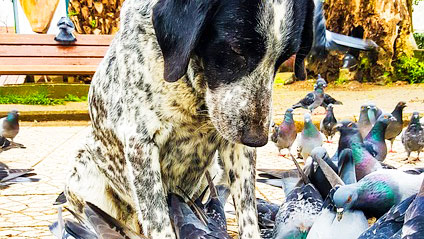 A pigeon was rescued by a dog owner. They then slowly introduced the rescued pigeon to their dog and now they are best friends! The dog owner shared that they found the pigeon in a parking lot. They also thought that the bird would later fly away, but it was a bit bald and didn’t have the capability to fly yet.

Maddy writes in the comments:

The dog owner could not leave the pigeon behind as she knew the bird could not make it overnight. The bird hasn’t eaten and was really hungry.

Bird Gets Introduced To Family Dog

When the bird, Hermes, was taken home, the dog, Xena, was a bit confused. Xena later became a gentle giant and became a mother to Hermes. After the dog owner fed Hermes, Xena would just wait and sit patiently.

As the bird recovered and started to grow, the dog owner introduced it to the yard. Xena would chase away other birds that would come near their yard as Hermes is exploring the outside world.

Later, the dog owner noticed that the bird would act like Xena as if it was also a dog. They would play in the yard together as if they were the same species. Hermes also gets zoomies and would fly higher than usual whenever this happens.

The two are definitely not your normal friendship but they certainly built a beautiful one! 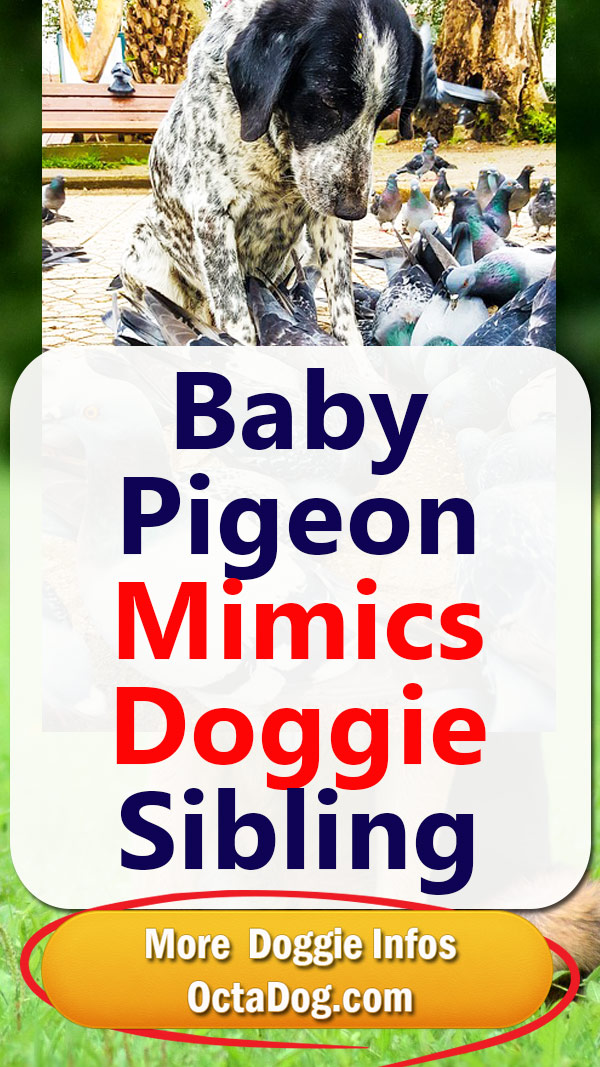 How to stop your dog from licking? If your dog licks your feet every day, … END_OF_DOCUMENT_TOKEN_TO_BE_REPLACED

Is cheese OK for a dog? Can dogs consume cheese and stay healthy? Whether … END_OF_DOCUMENT_TOKEN_TO_BE_REPLACED

What s wrong with Puppy Farms Dogs? By purchasing these pups, you might be … END_OF_DOCUMENT_TOKEN_TO_BE_REPLACED

How to buy the right dog food for your dog. Dogs are man’s best friend but … END_OF_DOCUMENT_TOKEN_TO_BE_REPLACED